It might surprise you that some of the most expensive cars in the world cost more than a luxury mansion or diamond jewelry. However, the price tag on some of these vehicles is in the seven figure range. You won’t find them on any used car websites or for used car prices. Some of these automobiles are limited edition, custom cars that only the super rich can afford. Luckily, the super rich get bored quickly and you might find a deal on some super used cars in the near future.

Topping the list is a 1963 Ferrari 250 GTO that was sold at auction for $52 million USD. You won’t find any other second hand cars going for that price, but the 250 GTO is a classic. It is a custom vehicle and only thirty-nine of them exist. This rare speedster is the Mona Lisa of automobile collections, highly-prized and sought after worldwide. Nearly all of the most expensive cars in the world are late model sports cars, but the 250 GTO is nearly fifty years old. It’s high value stems from the rarity of the vehicle and Ferrari’s popularity among classic car enthusiasts.

Lamborghini has several cars for sale at the top end of the market, but the Veneno tops them all. If you can afford paying $4.5 million USD then you’re still not guaranteed one of these rocket automobiles. Only three Venenos are produced each year and there is a waiting list for even the super rich. There are rumors of a Veneno roadster coming soon, and surely it will add a couple of million dollars to the price tag. It has a mean V-12 engine that gives you 750 horsepower beneath the hood. It can achieve a top speed of 221 mph and travels from 0 to 60 mph in just 2.8 seconds.

The Lykan Hypersport is made by W Motors and costs 3,400,000 million USD. The allure of this automobile has more to do with performance than rarity. It promises to outperform the Lamborghini Veneno with a twin-turbo V6 engine. That should get some heads to turn. Either that or the fact that the Hypersport can travel from 0 to 60 in 2.7 seconds and boasts a top speed of 245 mph. If that wasn’t enough to entice a potential buyer, W Motors added diamond-laced headlights and holographic displays to the package.

The Bugatti Veyron used to be the most expensive street legal car on the road, but it was replaced by the Bugatti Veyron Super Sport in 2010. Talk about outdoing yourself. This car is blisteringly fast for a street car. It has a top speed range of 254 to 267 mph, but all that bravado will cost you somewhere in the range of 2.4 million dollars USD. The engine is a Grand Sport Vitesse W16 designed to reach 1,200 horsepower. The exterior is definitely race inspired with carbon fiber and aluminum paneling. It was designed to honor the two-time winner of the Targa Florio, a living legend by the name of Meo Constantini. Hopefully, he’ll be impressed with the Bugatti Veyron Super Sport model.

The Zonda by Pagani turned heads the minute it debuted at auto shows in 2010, but engineers have outdone themselves with the introduction of the Zonda Cinque Roadster. It’s more than the natural evolution of the supercar, it’s a work of art. The Cinque Roadster features a carbon-titanium frame and 12 valve engine with 678 horsepower. The torque power alone is enough to paste drivers to the back of their seats. Only five cars will come out of production and the price is a staggering 1.85 million USD.

Lamborghini is back on the list of the world’s most expensive cars with the Reventon. This automobile looks more like a stealth fighter built for the skies than a production car built for the road. Even the interior was designed to emulate an F-22 Raptor’s cockpit. The engine sounds like a jet before takeoff. It reaches 0 to 60 in 3.3 seconds and achieve top speeds of 211 mph. It’s also a rare beauty, with only twenty vehicles leaving the factory floor. Although you can probably find used cars for sale by owner, this has also prompted many car enthusiasts to make cheaper knock-off version of the Reventon. The price tag for a brand new Reventon supercar hovers around the 1,600,000 million dollar mark.

The McLaren P1 costs $1,350,000 and isn’t nearly as rare as some of its counterparts. There are at least 375 models slated for production. It has a dual engine, part electric motor and part 3.8 liter V8 twin-turbo. It boasts a whopping 903 horsepower and a 0 to 60 mph record to rival the fastest street legal cars. The braking and suspension systems underwent a massive overhaul from the legendary F1 supercar and McLaren put the P1 through more quality control tests than any previous model they’ve released.

The Pagani Huyara is the god of the winds, named after an Inca deity of the same name. The Huyara is certainly fast with it’s AMG 6.0 Liter V12 twin-turbo engine that reaches 740 ft. lbs of torque and 720 horsepower. The automobile costs 1.3 million USD and in terms of sheer performance, it has a greater value than many of the cars in its class. The stylish gull wing doors and antenna side mirrors make this car a stand out model on any street even if nobody knows how to pronounce its name.

The Zenvo ST1 is the ultimate rare supercar. You’ll only see three of them leave the factory floor in the first run, followed by a specialty release of fifteen more models. The Zenvo ST1’s exterior profile is mean and aerodynamic. It conjures up images of powerhouse formula one racers that seem just barely street legal. Under the hood, the ST1 has a supercharged and turbo charged V8 engine. It can touch top speeds of 233 miles per hour and reach 0 to 60 mph in just under three seconds.

Rounding out the list of the most expensive cars in the world is the Hennessy Venom GT Spyder. The price sits just around 1.1 million dollars, which is quite impressive for a supercar convertible. Engineers at Hennessy have created a speed demon that can travel from 0 to 60 mph in 2.5 seconds. That’s faster than any other car in its class. It’s the fastest production car on the road with a maximum speed of 271 mph. Created in Texas, the Venom 1 is designed to stun the world and paralyze it’s competitors. 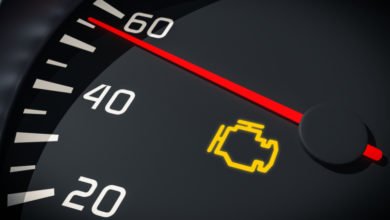 What to Do When Your Check Engine Light Comes On 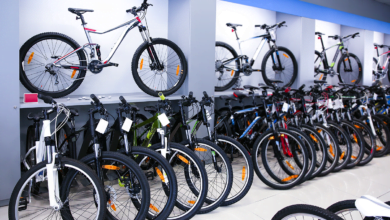 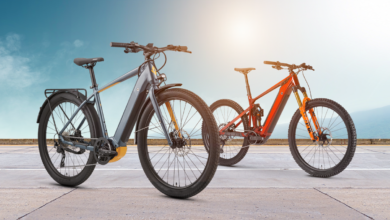 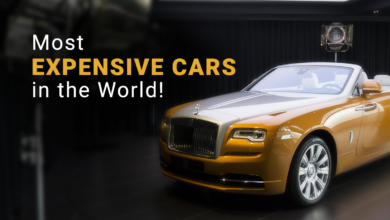 Most expensive cars in the world 2022