Samsung aims high with its line of Tab S 8.4 and 10.5 series, which are equipped with the latest software and hardware capabilities found in any of the tablet series released by the manufacturer so far.

Released after the Tab Pros introduced by the company earlier this year, the Tab S receives an evolved look, spec upgrades and different screen sizes.

There is a minor difference between the Tab S 8.4 and 10.5 series other than their screen sizes. The review combines the two tablets as one, with focus on the Tab S 8.4 with additional commentary on the 10.5-inch version when required.

It seems that the company has directly competed against Apple’s slates with its high end Tab S line, which is certainly a bold step.

The company has paid attention to the design and artwork, which is more impressive than the former tab series introduced by them. Tab S gets a 2560 x 1600 pixel WQXGA Super AMOLED display that yields 360ppi on the smaller model and 287ppi on the larger one.

Tab S is powered by Exynos 5 Octa CPU that delivers the combined performance of 1.3 and 1.9GHz quad-core processors, making the devices faster than any of the former tab series. It has 3GB of memory and 16GB of storage. It also gets a 2.1MP front camera and an 8MP rear camera. This gives serious threat to competing products, such as Apple’s iPad Air that only offers up to 1GB of memory.

While Tab S is currently available in 16GB/Wi-Fi only models, the 32GB Tab S and 3G/4G versions have also been announced and are expected to hit the market anytime.

Fingerprint scanner is a new feature of Tab S. It is an alternative to the PIN code authentication that is popular in Android devices. The feature may be useful but requires a careful grip of the device, especially in the 10.5 version, for the function to work.

Multi-tasking is simplified with the multi window feature that lets you listen to music or watch a video as you chat with friends or browse social media activity. The feature seems more useful in the 10.5 model. On the 8.4 model, the items may seem to clutter, especially when the keyboard pops up on screen. Multi-tasking is a new feature on Android devices and is currently not supported by all apps, so it may take a while to get most benefit from this function.

SideSync is another notable feature in the Tab S series. It links your tab to a phone, enabling you to make phone calls, send text messages and transfer data. However, it only supports a few phones, such as S5, S4 and Galaxy Note 3.

Tab S comes with more than 30 gifts, which include some free games, subscription to Wall Street Journal and some other sites, and an in-flight WiFi deal.

Weighing at 294g and 465g, the Tab S devices are slightly lighter than the iPad counterparts. They also have a more functional design with distinctive brand signatures that qualify them as robust tabs. However, it cannot be termed a complete design revolution by any means.

The faux metal border replaces the all-plastic body seen in previous tabs. Tab S has been made available in white and brown colors.

The screen sees a complete makeover. Super AMOLED displays are one of company’s many strong areas. Tab S has a vibrant, rich screen that displays high-resolution photos and videos perfectly. The screen offers a 100,000:1 contrast ratio. It also gets a reading mode as well as the “Adaptive Display” feature to adjust screen settings, but these features currently support a limited number of apps.

Stereo speaks find their place on the sides of the device, which also has a microUSB port for syncing device to a laptop or charging it. Other ports include a 3.5mm headphone socket, and the volume and power buttons. It also comes with an infrared port that comes handy if you want to use the device to change TV channels.

On the 8.4-inch version, the volume and power buttons are on the top right whereas the home button, headphone socket and USB port are at the bottom. The speakers are positioned in the top and bottom left corners of the device.

The 10.5-inch model has the volume and power buttons as well as the charging port in the same position. The speakers however, are on the bottom and top right corners. The headphone socket is also on the top right corner. While these aren’t major changes, it may take some time getting used to the design tweaks. Both tabs are thinner than the comparable iPads, making them the thinnest tabs designed so far.

It has an impressive battery life. With constant use, the device may last up to a day. If you don’t use the device regularly, it may last more than two days. The 10.5 series yields slightly better battery time than the 8.4 version owing to the larger battery.

The power-saving mode is an impressive feature that was earlier found in the Galaxy S5. It switches to grayscale mode, turns Bluetooth and Wi-Fi off, and limits access to certain apps like clock and calendar. It may come in handy if you head for a vacation but later find that you left the charger back home.

Overall, the Tab S series is a great addition to the company’s line of tablets. It’s lightweight, making it very portable. There are great enhancements in software and hardware capabilities.

The faux chrome rim may not be very appealing to some users, but it’s not just the Tab S; the company has to work on its casing for its smartphones and tabs.

Fiercely competing in the laptop, tab and smartphone industry, Samsung has come close to its main competitor, Apple. The Tab S series will give very tough fight to the iPad series, but still lacks the software and design capabilities offered by the iPad.

For Android users though, it’s one of the best tablet devices found on the market. 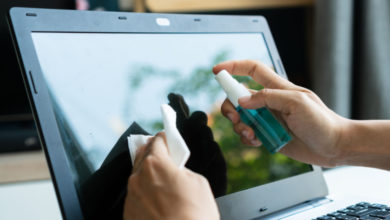 5 ways to boost your Wi-Fi speed 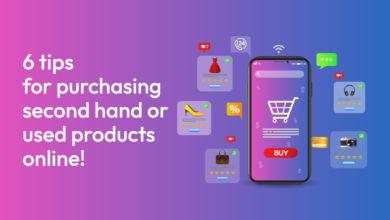 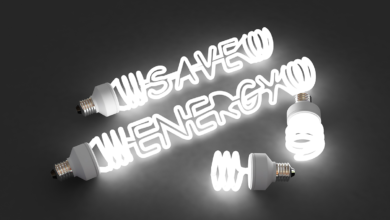