Sri Lanka’s economic state has not been the best this year, only worsened by the COVID19 pandemic that halted economic growth. In the midst of a struggling economy, the government proposed the 2021 budget on November 17, 2020. Well, the new budget’s decisions are to affect all industries in the country at some level.

A large scale industry in Sri Lanka is the vehicle industry, which too the government had to impose some restrictions on, at the beginning of this year.

Before moving on to the 2021 budget alterations, let’s have a look at the previous year’s (2020’s) budget in relation to the vehicle industry in Sri Lanka.

The 2020 budget brought on a revision of Duty on motor vehicles and luxury tax.

While the 2020 budget kept vehicle prices in an upswing, the following ban on vehicle imports has not helped the vehicle industry, either.

“The value of vehicles imported utilizing foreign exchange during the last 5 years has amounted to around USD 5,318 million which is significant in that it is equivalent to around 21 percent of the amount of debt we borrowed during that period.”

The economic climate of Sri Lanka at the beginning of this year forced the Sri Lankan government to take some measures to do damage control. One of those measures was the decision to ban vehicle imports for at least a year. According to several leading online publications, it was a precautionary measure to survive a possible forex crisis as average vehicle imports constitute nearly USD 800Mn or 4 percent of total imports for the previous 13 years. Thus, starting from March 19, 2020, importers had to stop importing vehicles.

While initially the government imposed this ban only for 3 months, they had to extend it. And, as of the time of writing this article, the ban still remains the same.

As a result of these import restrictions, there is a prevailing shortage of unregistered vehicles in the country. In turn, the few of the available registered vehicles in the country are set at skyrocketed prices. Moreover, due to the higher prices of available vehicles, transactions have become lesser as there is an issue in affordability of these prices.

In a gist, the vehicle industry in Sri Lanka is suffering with a scarcity of vehicles and unaffordable prices of available vehicles. In such circumstances, how will the 2021 budget affect the Sri Lankan vehicle industry?

In addition to the already high prices of vehicles resulting from the previous year’s budget and the import bans, the new 2021 budget will increase the import duty of vehicles.

According to the exclusive interview ikman Vehicles had with Mr. Ranjan Peiris, ex-chairman of Vehicle Importers Association of Sri Lanka (VIASL), the new budget has imposed a GST (Goods and Services Tax) of 16% on vehicle imports.

This results in a further price increase in importing vehicles, and will come into effect when the government lifts the ban in vehicle imports.

The Current State of the Sri Lankan Vehicle Industry

Commenting on the current state of the Sri Lankan vehicle industry, Mr. Peiris said, “Early this year we had business. But, Corona and the economic issues affected. And, day by day, the sales came down. Now, we can see only 0% to 1% or 2 % sales.”

The reasons, as he further explained, are,

“because only a limited number of used and brand new unregistered cars and vehicles are available. There are not enough stocks. Due to the restriction imposed, there’s no supply to the country. The demand is there. As a result of that prices have gone up. And for those high prices you don’t get buyers also now. People don’t have the capacity to buy.”

The Future of the Sri Lankan Vehicle Industry

Given the prevailing COVID19 pandemic that has halted the economic growth of the country, a silver lining for Sri Lanka’s vehicle industry is a bit too far than one would expect. Even after the pandemic ceases, the economic recovery will take some time to get back to normal. An abrupt lift of the vehicle import ban is not an option due to obvious economic concerns for the country’s healthy recovery.

Mr. Peiris voiced his point of view on this matter, too:

“It all depends on how fast the foreign currency reserves build up. Once that is there, they will gradually open up, not for all products. Maybe they will start with some commercial vehicles like vans and trucks. Later, they may step into cars below 1000cc.”

“I don’t think they will allow us to bring luxury vehicles. We also have not requested. We know the difficulty they are facing. We also made a request for them to start with commercial vehicles, small cars and vans and trucks, when they are opening. Then there won’t be a big impact on the foreign currency.”

In conclusion, while the Sri Lankan vehicle industry is currently suffering with skyrocketed prices and a lack of vehicles including cars for sale, the new budget will have an increased duty levied on vehicle imports starting from next year, once the government lifts the import ban. However, the vehicle industry is currently experiencing an indecisive state as there is no fixed or tentative date for the import ban to be lifted. Either way, once the country is able to resume importing vehicles, thereby balancing the demand and supply scale, it will be possible to see a decrease in the prices.

How To Find a Job Easily in Sri Lanka?

What to Look for When Buying a Puppy? 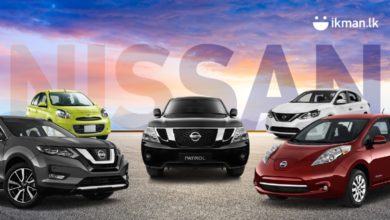 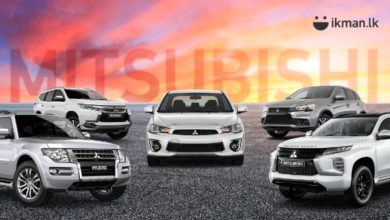 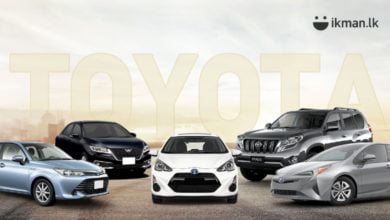 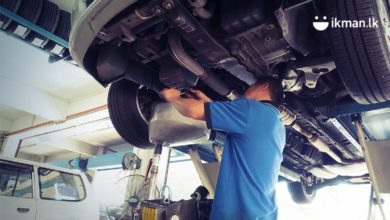 When to Take Your Car to a Mechanic?